What is the average Canadian female’s height?

As of the time of this writing, Canada has a population of over 38 million. The female population accounts for around 50.3%.

According to Statistics Canada, the average female height in Canada is 164.7 cm (5 ft 4 in) 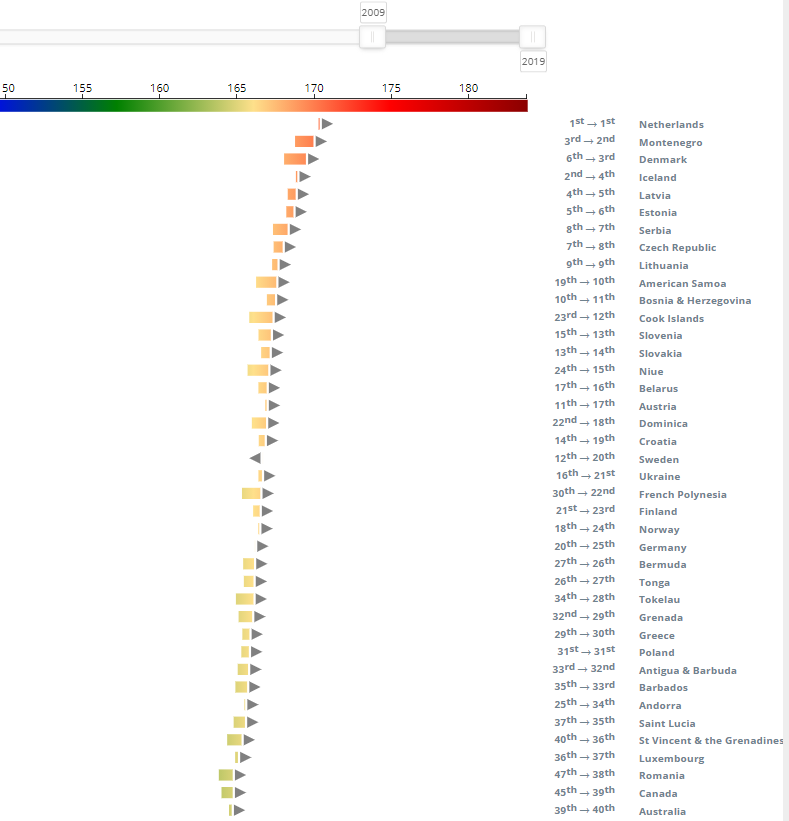 Since the nineteenth century, men’s and women’s heights have consistently increased. The primary drivers of this shift were industrialisation and urbanisation. People’s height grew when they migrated from rural to urban regions because there was more food available and less physical labour necessary. Other causes include improved diet, improved sanitation, improved health care, increased protein consumption, and more physical activity outside of work hours.

When looking at the recent years’ growth history between 2009 and 2019, based on the data from the NCD Risk Factor Collaboration, the average female height has grown from 164cm to 164.7cm. That means Canadian ladies’ average height only increase by 0.7 cm over 10 years period.

Based on current trends, it is estimated the average female’s height in Canada will remain at 165 cm in 2023.

What are the factors that will impact a female’s height?

There are several factors that might impact height, and it is critical to understand how they work to properly know how height is decided.

A person’s body grows because of numerous processes governed by hormones and DNA. The growth plates in a person’s bones are responsible for growing taller, yet these plates can only go so far before halting. As a result, some people develop less than others at certain stages of their life. According to statistics, senior citizens are on average shorter than younger adults.

Genes are not the only factor influencing a person’s height. A variety of lifestyle variables contribute to some boys’ incapacity to grow taller.

Some of these reasons include:

If everyone in your family is tall, chances are you are as well. After all, genetics is the primary determinant of a person’s height. In general, the taller the parents are, the taller the child will be, and vice versa is also true.

How to estimate a girl’s height when she becomes an adult female?

The easiest way to predict a girl’s height is called the mid-parental method.

To adopt this approach, add the mother’s and father’s heights in inches and divide by two. Subtract 2 1/2 inches from that figure.

For example, if a girl had a 70-inch-tall father and a 60-inch-tall mother, the anticipated height for the daughter would be derived using the following formulas.